How Nobel of You, Mr. Gore 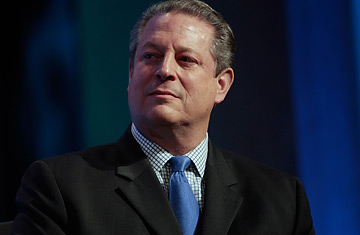 Al Gore, the former Vice President, and the U.N.’s Intergovernmental Panel on Climate Change have won the Nobel Peace Prize.

In a statement, Gore said he was “deeply honored,” adding that “the climate crisis is not a political issue, it is a moral and spiritual challenge to all of humanity.”

The former vice president said he would donate his half of the $1.5 million prize to the Alliance for Climate Protection, a U.S. organization he founded that aims to persuade people to cut emissions and reduce global warming.

Most of us remember Gore as the stiff counter part to the charming Bill Clinton.  He ran against George Bush and won the popular vote, but lost the electoral college.  Many people think the election was stolen from him (because of some voter issues in Florida).  I think many of the votes he got were people voting for him just to vote along their party lines and/or because he was associated with Bill Clinton.  He didn’t really stand out for anything himself.  He had  a note worthy lack of passion about anything.

After the election he decided to dedicate himself to a cause he championed his whole career, global warming.  All of a sudden he appeared alive, passionate, and like a true leader.  It begs the question where was this Al Gore during the 2000 election?  Maybe there would be no war, no dead soliders, no giant deficit, and no debate over whether innocent children deserve health care.  Maybe scientiests could do live saving research and unlock the potential of stem cells.  Maybe the world would be a better place.  The one thing we know would be different, our president would actually care about global warming.

As to him running for president.  I don’t think he will or that he should.  At this point that would make him a liar.  I also think running against Hillary Clinton would create a chasm in the party.  Can you say Vice President??? (Just an idea) 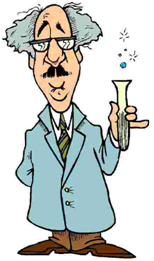 The Ig Nobel Prizes are a mock of the Nobel Prizes and are given each year in October for achievements that “first make people laugh, and then make them think.” Organized by the Annals of Improbable Research (AIR Magazine) and presented by a group that includes genuine Nobel Laureates at a ceremony at Harvard University. I just wanted to share some of the best winners with you. My favorite of course is the US Air Force’s brilliant plan to make a gay bomb. The Air Force is indeed funded by our tax money.

Medicine – Brain Witcombe, of Gloucestershire Royal NHS Foundation Trust, UK, and Dan Meyer for their probing work on the health consequences of swallowing a sword.

Physics – A US-Chile team who ironed out the problem of how sheets become wrinkled.

Chemistry – Mayu Yamamoto, from Japan, for developing a method to extract vanilla fragrance and flavoring from cow dung.

Linguistics – A University of Barcelona team for showing that rats are unable to tell the difference between a person speaking Japanese backwards and somebody speaking Dutch backwards.

Peace – The US Air Force Wright Laboratory for instigating research and development on a chemical weapon that would provoke widespread homosexual behavior among enemy troops.

Nutrition – Brian Wansink of Cornell University for investigating the limits of human appetite by feeding volunteers a self-refilling, “bottomless” bowl of soup.

Economics – Kuo Cheng Hsieh of Taiwan for patenting a device that can catch bank robbers by dropping a net over them.

Aviation – A National University of Quilmes, Argentina, team for discovering that impotency drugs can help hamsters to recover from jet lag.

The oddest thing about the Emmys this year:

Al Gore, former vice president and Oscar winner, can now add Emmy winner to his resume. Gore won an Emmy for his part in creating Current TV, a cable television network whose programs are often created by viewers.

Crazy ass Sally Field getting political, “If the mothers ruled the world, there would be no g–damned wars in the first place.”