I came across this jarring anti-meth ad and decided to post it.  Not that I think any of my readers are users, but a lot of us know people who do or have used meth in the past.  People tend to assume it is relatively safe, especially since there are prescription versions available.  But its not.   It is highly addictive and potentially deadly.  But I think the side of meth that is often down played is the aggressive behavior that sometimes accompanies it, that i why i like this commercial.

What do you think? 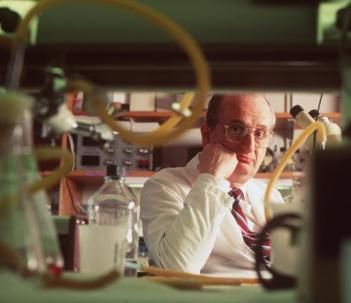 Cancer is difficult.  In every sense of the word.  It is difficult to detect early(in some forms), it is difficult to treat, it is difficult to deal with.  Individuals and families are devastated by the effects of the disease and even by the treatment.  It is particularly heart wrenching to read stories about childhood cancers.  But it is important.  The things learned from the study of end stage cancer is often among the most cutting edge research.  People will be open to may treatment courses when the alternative is death.  While the vast majority of last minute experiments fail, and no magic cure is discovered, there are always exceptions.  Those exceptions are beautiful to read and I encourage you to read the following article.

From a human stand point, it is always refreshing to see the triumphant story of an underdog that overcomes some great challenge.  From clinical stand point, the same holds.  Many of the greatest achievements and breakthroughs in science have been laughed at originally and dismissed too quickly.  While the antiangiogenic chemotherapy may or may not go on to play a significant role in the treatment of cancer in the future, its pioneers like Dr. Judah Folkman who change the course of history.  Taking a different approach, trying new combinations of existing medicines, and being innovative in the treatment of cancer Dr. Judah Folkman saved Melanie McDaniel.  The McDaniel family is sharing her story as a tribute to Dr. Folkman who passed away in January.

America is obsessed with medical autonomy. Everyone feels entitled to make decisions about their own health. While I agree everyone should have control over their own bodies, there is a gray area. Children. The current standard gives parents great range in what they can have done or what they can decide to withhold in terms of health care. Vaccines always come up as a hot topic. While the majority of parents adhere to the accepted standards of immunization there is a small, but vocal minority who objects to vaccination. 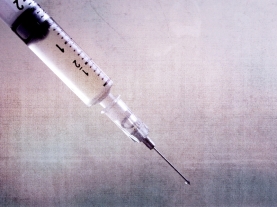 An advisory panel on Wednesday recommended all kids up to age 18 get the flu vaccine. Though the vaccine is already recommended for those 6 months to 5 years old, this new proposal is a huge expansion, affecting nearly 60 million kids. The expanded recommendation is an initiative by the CDC to protect the entire population. Children are one of the major sources of flu in the community. School aged children pick it up, pass it around, and then bring it home. Everyone has had the flu, and while it may have been terrible it was transient, so it is hard for people to take it seriously. But in reality, people die from the flu every year, children and the elderly are particularly susceptible. Vaccines, like all things, have risks. But they are very minimal and less severe than the flu. Obviously people with reactions to a previous flu vaccine, those with contraindicated disease state (GB syndrome), or certain allergies (for example eggs since the vaccine is grown in eggs) should not get the vaccine but in general it is a harmless vaccine.

With all the fear mongering of pseudo scientific studies (like the joke of a paper that tainted MMR by suggesting a correlation with autism), old world views of medicine, and popular misconceptions it can be tough for a parent to find the truth about a particular vaccine. So who really is better qualified to determine if your child needs a certain vaccine? The doctors that have years of training to understand the risks/benefits and wade through the abundance of misinformation or parents who may or may not be fully informed on the topic or who may be prejudiced by misinformation? To me the choice is obvious. I don’t want your 9 year old little Johnny vaccinated because I care if he gets sick, I want him vaccinated to protect the newborn he saw, the grandparent he hugged, the kid who’s toy he shared, and community he lives in.

When you decide to not vaccinate your child, you put everyone’s children at risk.

Is the G for Gay?

Meet Anthony G. A youtube sensation and popular talk show guest. The little boy has an amazing voice. He certainly has a “stage presence” as well.  He has appeared on the morning show, the ellen show, and many more.

I couldn’t embed the video of Anthony G that you must watch.

Check out his wonderful rendition of “Think” by Aretha Franklin.

I know I am probably going to hell for calling this 8 year old gay, but whatever.

I am sure many of you have seen the Dove love your body commercials before, but I got linked to a site that had a bunch of them posted.  There were two I hadn’t seen that I thought were interesting.  I have mixed feelings about the videos, but I think the editing and the points are good.  My problem is two fold, one I don’t really care that girls get bad images from the media, and two Dove has all sorts of skin care products that sell completely because women are expected to take care of themselves physically.  So I really don’t need my soap company telling me how the world should be or how to raise kids.  But on the other hand they are visually effective.

Also someone posted this video in my pharmacy class’s facebook group.  I thought it was cute/funny.  It is a .swf so I didn’t know how to put it directly into the page.

Check Out: “License to I’ll”

When Gays Marry Kids Get Dumb

Blue Jersey is airing some pro gay marriage ads over the next two weeks. They are not very in your face or controversial. They are simple civil unions are not the same as marriage arguments. They are cute. Hopefully they will be effective. But as many of you know gay marriage is not one of my top political priorities so I will not get on my high horse right now. (Keep in mind, I do believe gays should be able to get married. If they want that headache, they should be entitled to it).

What this post is about is effective political advertising. I came across this ad a while ago, but was unable to find a working link to it when I last looked for it. Today when I was watching the Blue Jersey ads, this came up on the youtube side bar. I think this anti-gay marriage ad is troubling because it exploits children. I find it disturbing because I found the children cute, even though they were spewing discrimination (albeit taught to them by some adult).  But what it really makes you question are where are their parents.  In a twisted way I could understand teaching your children hate, if you thought it would save them or it was part of your religious beliefs.  Because it is a parent’s job to do what is best for their children, if a parent honestly believed in the dangers of being gay they should talk to their kids about it.  But to have your child on national television clearly stating your views like political puppets, without regard to how it might affect them in the future.

Faces of Autism and the Need for Screening

Presented by May Institute and the National Autism Center. The website has some of the sample photos. Here is one boy’s photo that caught my eye. It is just an intense look that translated well into the photo. It looks like he can just see right through the computer screen. 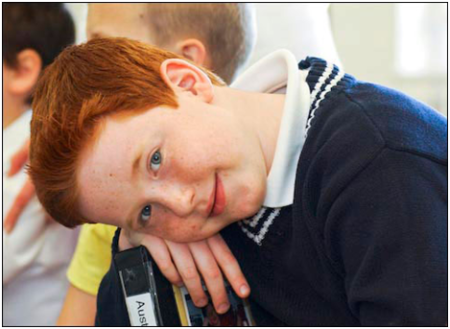 “When Austin and I are together, we float away in our bubble. A giant bubble filled with appreciation, love, hope, and laughter. He has this effortless way of making me feel like a child all over again. When I am with him, it’s an escape from a chaotic world filled with noise and ignorance.” — Jessica, Austin’s cousin

Most popular news outlets are reporting what I have always supported and many medical practitioners have privately been saying for years, every child should be tested for autism. A condition as common as autism should be considered a priority in early childhood detection. Particularly because autism treated early has much higher rates of success. Additionally it helps parents cope with the process of raising an autistic child if they know that is what is wrong and what resources are out there.

A report from the American Academy of Pediatrics suggests screening every child for autism twice by age 2. The report gives explicit instructions for the warning signs of autism at various ages. Current estimates by the CDC say as many as 1 in 150 children have a form of autism. Read More.

Maybe with some autism education out there, people will stop blaming the MMR vaccine, and more research into a science based cause could be discovered (cough=pollution). 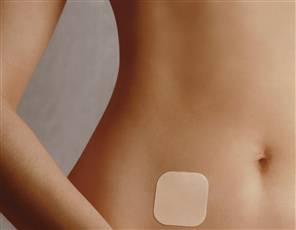 This is related to the article I posted earlier this week about contraceptives in a Portland middle school.

Some parents are in a huff, that a Maine Middle School will now offer prescription contraceptives. While I think it is to a large degree unnecessary at a middle school, it is not necessarily a bad idea. If it stops one kid from getting pregnant it is worth this whole controversy. And when are parents going to get it, access to contraceptives does not make kids have sex.

The New York Times ran a good article on the situation.

SCANNED
Create a free website or blog at WordPress.com.