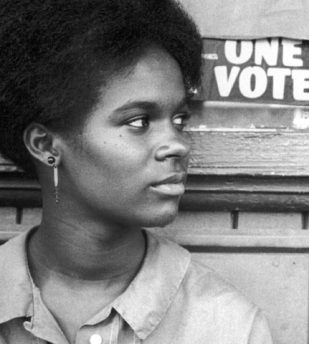 The Black Vote” is always an interesting campaign conversation piece. It gets brought up but nothing is ever really said. I think that is because truth be told politicians don’t care. The Democrats know they are going to get the black vote, or at least most of it. Republicans know they are not going to get the black vote, or at least not much of it. But maybe if the Republicans had stronger responses to national news stories involving discrimination, or feigned interest in struggle black communities in times of disaster, a history of backing civil rights, a tradition of trying to equalize laws not just throw young black men in jail, more people of color in political positions, more outward support of minority programs, family assistance programs, and affordable healthcare programs. But I guess if they had those things then they would be Democrats. All Republican bashing aside, one thing they do have that they should be able to pull more votes with is religion. Strong Christian leanings bode well with black voters. Republicans have no shame of mixing religion and government and using it to their advantage, so why not use it to court more minority votes.  Not that I want African Americans to vote for Republicans or anything like that, I want Republicans to respect minorities enough to at least court them. Most of the major Republican candidates opted out of the debates sponsored by Univision, NAACP, and the Urban League. What would one night have cost out of their campaigns?

Roland S. Martin a contributing writer for CNN had the following to say:

The GOP as a whole is completely scared of black voters, and the actions by the front-runners for the party’s 2008 nomination show they are continuing the same silly political games the party has played for years. Oh, don’t bother tossing out the appointments of Colin Powell and Condoleezza Rice as secretary of state by Bush. Yes, they are African-American. But I’m speaking of the party. Ever since Richard Nixon ran for the White House, the GOP has run on a “Southern Strategy,” meant to alienate blacks in an effort to garner white voters. They’ve worked the strategy to perfection. (Read the Rest)

I just figured it was something to think about. Obviously most minorities are not going to support a party who clearly doesn’t support them, but what I think the Republicans are missing is that there are a lot of white voters who wouldn’t support a party that ignores entire segments of the population based on their race.