After reading this article on QueerSighted, I thought I’d share with you.
Article: They Are Adorable: A Gay Wedding and The New York Times

First, a clip from Sex and the City that is on the link, but encase you don’t click the article:

But what struck me is the prevalence of gay and lesbian wedding/union announcements. I mean I see them on the Times website, but the Times is coming from uber-liberal New York, so it is to be expected. But recently I have seen announcements in the papers sitting on my table. The Bucks County Courier Times (although it may have been an article not exactly an announcement) and the Philadelphia Inquirer. So I looked up just how common they are and what started the trend. I was unsurprised to find out GLAAD was largely behind the push for newspapers to publish inclusive announcements. The campaign GLAAD ran to encourage newspapers to adopt inclusive policies was called Announcing Equality and here is the website.

As of January, GLAAD reported that 883 newspapers—nearly 60 percent of all daily newspapers in the United States—now accept wedding and/or commitment ceremony announcements for gay and lesbian couples. That number has increased nearly 584 percent since it was first measured in 2002.

Among the Announcing Equality campaign’s other successes:

I think thats great. I personally don’t know if I would make an announcement, in fact I probably wouldn’t. But I know I would have liked to have seen them when I was growing up.

Apparently you all like some good ole gay videos. After the popularity of my last video post (i can see the hits, so i know your there even if you don’t comment) I’ve decided to post a few more favorites. and if anyone has some suggestions. I placed in parthesis any necessary warnings.

One Laptop Per Child

“It’s an education project, not a laptop project.”   — Nicholas Negroponte 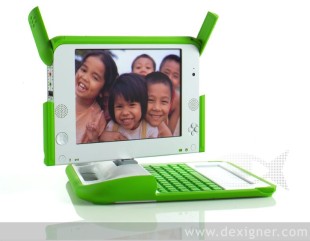 This morning while I was comfortably sitting at my computer before school saving a document to my flash drive to bring to the lab of computers at school, I thought how different life would be without computers.  I am sort of a tech geek so of course computers are important to my life, but almost everyone I know (even those people who are terrible with computer..cough…cough…Christina) uses a computer at least once  day.   The thought brought me back to one of my favorite topics: the One Laptop Per Child Project.

For those of you who don’t already know, the project is a global initiative to bring affordable (originally ~100$ but more like 180$) computers to developing nations.  The idea is that technology is the route to education and education is the route to equality.  From the project’s website (laptop.org) :

OLPC is not, at heart, a technology program, nor is the XO a product in any conventional sense of the word. OLPC is a non-profit organization providing a means to an end—an end that sees children in even the most remote regions of the globe being given the opportunity to tap into their own potential, to be exposed to a whole world of ideas, and to contribute to a more productive and saner world community.

So I scanned the news for the most recent update, and sure enough the project is proceeding forward and there is a new development.

OLPC has just launched OLPC USA: XO-1 laptop sales at $400 per computer in a ‘Give 1 Get 1′ program. A two-week programme from November 12 will enable the US and Canadian buyers to pay $399 for an XO laptop created for the third world – and for each one sold to them, another will be given for free to a child in a developing nation.