Have you met CHANEL KENNEBREW? 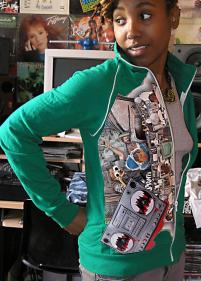 I want to introduce you to CHANEL KENNEBREW. An up and coming fashion designer/photo illustrator/graphic designer. I came across her work, which varies from colorful, urban punk clothing/accessories to magazine spreads and website collaborations. She runs a blog: Dooky Blog and maintains an online store for her designs: Store

I’ve found a new band to adore. Vampire Weekend. Clever, cute, catchy music. They met at Columbia, sound a little like the Kinks, and have a song about grammar. You can check out their website, the songs Oxford Comma and M79 are available on it.  They have another song Walcott which is insanely catchy and can I am sure my resourceful readers could find a way to obtain that song.

A shirt that looks like a gross hairy chest.

Me: Hey hand me the phone.

Me: I need to call Converse

Me: they forgot something

Me: just the fact they are shoemakers (with a small clothing spin off).

get off your high horse and back on your high tops.  silent commercial that aren’t PSAs have no place on my television.   people like mindless marathons of sitcoms, its relaxing.

I vote this is the world’s stupidest ad campaign.  its like “wow! be different, get up do something, think for yourself” and at the same time “think like everyone else, care about name brand shoes, buy our shoes because they make you an individual like everyone else”

I am sure many of you have seen the Dove love your body commercials before, but I got linked to a site that had a bunch of them posted.  There were two I hadn’t seen that I thought were interesting.  I have mixed feelings about the videos, but I think the editing and the points are good.  My problem is two fold, one I don’t really care that girls get bad images from the media, and two Dove has all sorts of skin care products that sell completely because women are expected to take care of themselves physically.  So I really don’t need my soap company telling me how the world should be or how to raise kids.  But on the other hand they are visually effective.

Also someone posted this video in my pharmacy class’s facebook group.  I thought it was cute/funny.  It is a .swf so I didn’t know how to put it directly into the page.

Check Out: “License to I’ll” 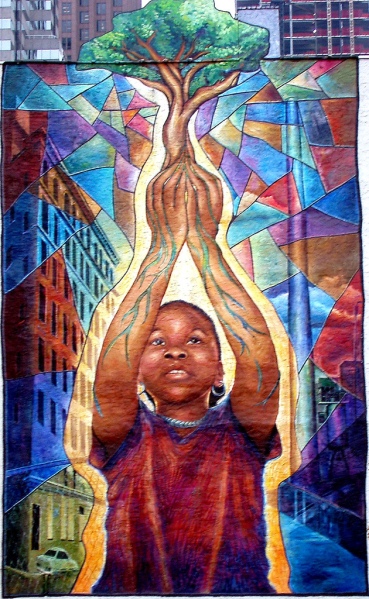 Travel and Leisure conducted a poll of travelers and residents of the things they like and dislike about 25 major urban destinations.  The results are interesting, check them out: Results.  Philly did well in some very predictable categories, such as, cheap eats, historical sites, good pizza, museums, antiques and farmer’s markets.  Philly did awful in things like style, vacation spot for adventures, cleanliness, and safety.  Why isn’t there a category for murals?  Here are a few categories.

Home design (I don’t really know what houses look like in charleston, but they must be pretty nice)

Intelligent (I was surprised Chicago, which thinks so highly of itself was notably absent in the top 3)

A 10th grade girl in New York was sent home last week after wearing a “Gay? Fine by Me” T-shirt. The shirts are part of a popular campaign to promote tolerance. Places, particularly colleges and work places, purchase the shirts in large quantities and sell them for cost or give them out. Then on a set day, everyone wheres the shirts to show solidarity. Usually a very large number of straight allies where the shirt. I know at Pitts campus, hundreds of people wore the shirt, many of whom were straight.

This girl was told her shirt was inappropriate, even though she had worn it before to school. She was told she was “advertising her sexuality”. Funny thing is, she is straight. She was trying to spread acceptance because there are several out students at her school, but there is also a large religious influence in the area.

I wrote about a dress code news story a couple weeks ago, explaining that I believe in dress codes that keep people safe. The only thing this dress code is keeping safe is a principle who does not want to have any controversial topics in school.

So I say when this is overturned as I am sure it will be, the whole school should wear shirts.