Philadelphia has reason to celebrate. The Phillies won the National League East title in the 6-1 victory over the Nationals this afternoon. This is the Phillies first trip to the postseason since 1993. As the division champion, Philadelphia awaits the winner of Monday’s one-game playoff between San Diego and Colorado, with the winner earning the NL Wild Card. Cole Hamels will be ready for Game 1 of the NL Division Series.

I think this is just the right thing for Philadelphia right now. There is such a positive focus on the winning streak and now the postseason match ups. The news just keeps showing the game highlights and making predictions. Every broadcast includes happy go lucky shots of the fans waving their rally towels or cheering fans with cute children celebrating. The news is lacking its usual rape suspect’s mug shots, today’s accidental shootings, and missing children photos. I think if you tell a city it is awful too many times, it starts to think of itself that way and then things will never change.

Way to go Phillies, I will have to remember to wear a Phillies shirt tomorrow. 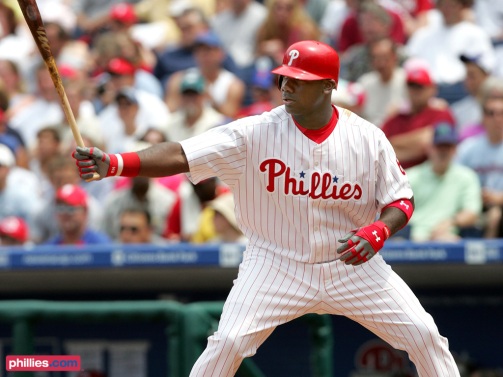 For you sporty kids, here is the story:Phillies.

I can hardly believe this is the same team I watched get crushed 12 to nothing by Colorado.  But the gist of the story, Phillies kicked ass, and Mets are just screwing up like crazy.  They are tied, I think there are three games left.  The Phillies need to win the division, how sick would it be if they were in the World Series.  That means more business and news for Philly.  A little positive press could do some serious help for our city.  Maybe people would associated Philadelphia with a winning sports team, not Killadelphia.  Come on boys.